Before we answer the question in the title, we need to understand what we’re preparing for and why it matters to you and me specifically. Bear with me as I take a round-about way of explaining, as it’s necessary to know the context of our story up to now in order to know where we’re at and what to do next.

Who is Israel really? Is it the Church, or God’s people from Moses’ time? Is it the remnant of more obvious Jews, or merely a country? Is there more to Israel yesterday, today, and forever than many believe?

According to Genesis, Israel is the anyone who is from the promised seed of Abraham. 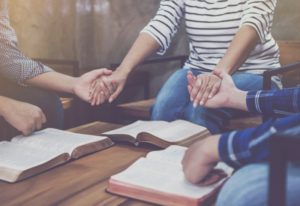 Now YHVH said to Abram, “Go from your country and your kindred and your father’s house to the land that I will show you. And I will make of you a great nation, and I will bless you and make your name great, so that you will be a blessing. I will bless those who bless you, and him who dishonors you I will curse, and in you all the families of the earth shall be blessed.”
— Genesis 12:1-3

The promise was extended to his grandson, Jacob, who is later renamed Israel after wrestling with the messenger from YHVH.

Behold, YHVH stood above it and said: “I am YHVH God of Abraham your father and the God of Isaac; the land on which you lie I will give to you and your descendants. Also your descendants shall be as the dust of the earth… and in you and in your seed all the families of the earth shall be blessed. Behold, I am with you and will keep you wherever you go, and will bring you back to this land; for I will not leave you until I have done what I have spoken to you.
— Genesis 28:13-15

When the man saw that he did not prevail against Jacob, he touched his hip socket, and Jacob’s hip was put out of joint as he wrestled with him. Then he said, “Let me go, for the day has broken.” But Jacob said, “I will not let you go unless you bless me.” And he said to him, “What is your name?” And he said, “Jacob.” Then he said, “Your name shall no longer be called Jacob, but Israel, for you have striven with God and with men, and have prevailed.”
— Genesis 32:25-28

But YHVH is a God of grace and love, and through subtext we can see He has extended his covenant more than just that.

This passage is important due to Caleb being claimed by the tribe of Judah, despite his blood heritage being a Kenizzite, which is not of Israel’s line.

“Surely none of the men who came up out of Egypt, from twenty years old and upward, shall see the land that I swore to give to Abraham, to Isaac, and to Jacob, because they have not wholly followed me, none except Caleb the son of Jephunneh the Kenizzite and Joshua the son of Nun, for they have wholly followed YHVH.”
— Numbers 32:11-12

This concept is called “proselytism,” or to become a proselyte, which (in this context) means non-Israelites who place their faith in the God of Israel — and later on our Messiah, Yeshua, who died and rose again to save us from our sins — and submit themselves to His commands, thus also getting a share in the inheritance of the Israelites.

According to the commandment of YHVH to Joshua, he gave to Caleb the son of Jephunneh a portion among the people of Judah, Kiriath-arba, that is, Hebron.
— Joshua 15:13

There are other passages that describe this process as well, and it’s all too clear that Caleb’s decision is open to all of us.

Now I am speaking to you Gentiles. Inasmuch then as I am an apostle to the Gentiles, I magnify my ministry in order somehow to make my fellow Jews jealous, and thus save some of them. For if their rejection means the reconciliation of the world, what will their acceptance mean but life from the dead? If the dough offered as firstfruits is holy, so is the whole lump, and if the root is holy, so are the branches. But if some of the branches were broken off, and you, although a wild olive shoot, were grafted in among the others and now share in the nourishing root of the olive tree, do not be arrogant toward the branches. If you are, remember it is not you who support the root, but the root that supports you. Then you will say, “Branches were broken off so that I might be grafted in.” That is true. They were broken off because of their unbelief, but you stand fast through faith. So do not become proud, but fear. For if God did not spare the natural branches, neither will he spare you. Note then the kindness and the severity of God: severity toward those who have fallen, but God’s kindness to you, provided you continue in his kindness. Otherwise you too will be cut off.
— Romans 11:13-22

“For not all who are descended from Israel belong to Israel, and not all are children of Abraham because they are his offspring.”
— Romans 9:6-7

..and that those who are a part of the branches can be removed if we do not “continue in his kindness.”

But if some of the branches were broken off… They were broken off because of their unbelief… Note then the kindness and the severity of God: severity toward those who have fallen, but God’s kindness to you, provided you continue in his kindness. Otherwise you too will be cut off.
— Romans 11:17-22

Why is this? There are terms and conditions to being one with His people, and He’s good about spelling them out for us. In fact, let’s pull from some passages we’ve already quoted.

Then you will say, “Branches were broken off so that I might be grafted in.” That is true. They were broken off because of their unbelief, but you stand fast through faith. So do not become proud, but fear. For if God did not spare the natural branches, neither will he spare you. Note then the kindness and the severity of God: severity toward those who have fallen, but God’s kindness to you, provided you continue in his kindness. Otherwise you too will be cut off.
— Romans 11:19-22

Obeying His voice, fearing Him as someone worthy of being worshipped and listened to, and continuing in His kindness.

What is His voice but what He commands?

And what is His kindness (in the context of something you continue in) but His conditional covenant with His people?

And YHVH said to Moses, “Write these words, for in accordance with these words I have made a covenant with you and with Israel.”
— Exodus 34:27

What are His commands, and what is His covenant? I believe nearly the whole planet would agree His commands would be things like the Ten Commandments, and to love God, and to love your neighbor. While that’s correct, that’s only the beginning of something beautiful that runs much deeper. Baby food compared to a king’s feast. As for His covenant, that’s His aforementioned promise to Abraham, and His if-then agreement with Moses and the people.

“Now therefore, if you will indeed obey my voice and keep my covenant, you shall be my treasured possession among all peoples, for all the earth is mine; and you shall be to me a kingdom of priests and a holy nation.’ These are the words that you shall speak to the people of Israel.”
— Exodus 19:5-6

The point being, His commandments are the terms and conditions for His covenant. YHVH gave His commands to Moses using His voice, and Moses wrote them all down during his forty days and forty nights on Sinai, When Moses relayed them to the people of Israel, they said they would do them in exchange for being His treasured possession. If you obey His commandments, then you will be among His people, Israel, and have an inheritance with them.

While being born to Abraham’s direct line makes you more likely a candidate due to the assumption you’ll be raised to follow His commands, your branch will be cut off if you choose to turn away and follow other gods, whatever those gods may be. And while not being of Abraham’s direct line means you’re also not an assumed part of His people, we can be grafted in should we agree to follow Him in word and deed, in faith and in actions, following in His commands with the rest of Israel.

So who is Israel? It’s you and me. Believers in the One True King and Creator, YHVH. Anyone who chooses to be Israel with a heart of obedience to His laws and commands, living out their life according to the parameters He put in place. It is His church, His people from Moses’ time, the remnant of obedient Jews, and collectively, it is a country and even a detailed government system among the pagan nations with Him as our King.

“And if it is evil in your eyes to serve YHVH, choose this day whom you will serve, whether the gods your fathers served in the region beyond the River, or the gods of the Amorites in whose land you dwell. But as for me and my house, we will serve YHVH.”
— Joshua 24:15

How good it is to be within the sheepfold of our Good Shepherd, our Creator, King, Priest, Father, and Friend!

Read my next post here as a continuation to How do We Prepare for the End Times? 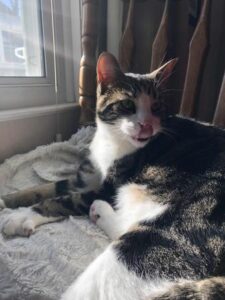